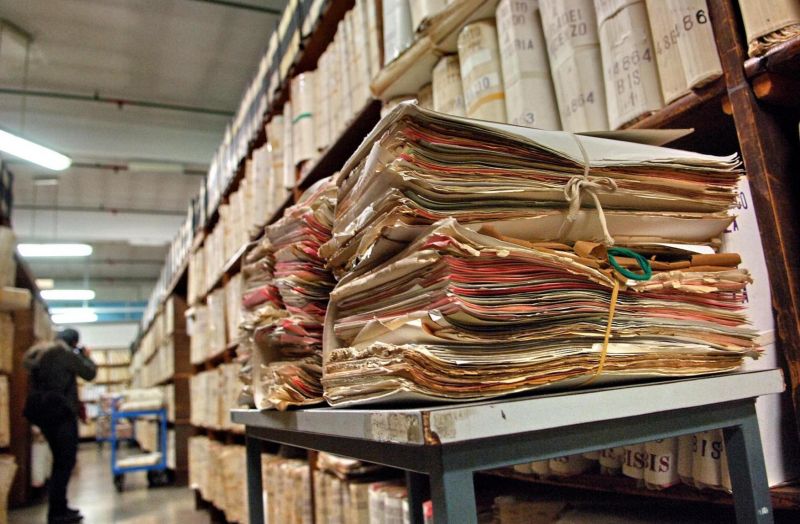 Many profound uncertainties currently involve legal CBD in Italy: this following the lacunose ruling issued on May 30, 2019 by the Supreme Court and which saw “revolutionized,” according to the least positive meaning of the term, what was instead established by Law 242.

The latter, as of December 2016, had on the contrary given the green light to the production and marketing of legal CBD and derivatives even within the country, again according to specific provisions.

Since then, there have been more than 15 thousand entrepreneurial initiatives that have constituted the sector dedicated to the cultivation of hemp and its free commercialization, for a turnover estimated at around 150 million euros per year: all more or less significant realities that as of today risk being thrown back into the vortex of “prohibition,” literally risking closure, precisely because of a lacunose and misleading legislative uncertainty. Therefore, let us try to shed some light by trying to understand what has changed from 2016 to today and what are the possible scenarios dedicated to legal CBD in Italy based on what the Supreme Court has expressed.

What did the Supreme Court say?

The long-awaited ruling issued by the Court of Cassation last May 30 about Legal CBD until, established that the sale or transfer for any reason of all products “derived from the cultivation of cannabis,” such as CBD oil, as well as leaves, inflorescences and resin, would no longer be allowed in Italy, this according to the provisional maxim issued, which reads verbatim – “Integrate the crime provided for by the Consolidated Law on Drugs (Article 73, paragraphs 1 and 4, dpr 309/1990) the conduct of cession, sale, and, in general, the marketing to the public, for any reason, of products derived from the cultivation of cannabis sativa light, unless these products are in practice without drugging efficacy.”

Here then is that such a lapidary, and if we want to be destructive, expression goes on to negatively impact an ever-growing sector, the one related to Legal CBD precisely, whose benefits in recent decades have been amply corroborated and supported by scientific studies, medical research and statistical surveys, which now risk being not only in vain, but detrimental to those who in recent years have fought to build their own business reality, demonstrating no small amount of open-mindedness in a country like ours that is certainly not among the candidates for the Oscar for the best modern mentality.

In order to try to clarify the current status involving legal cannabis, however, it is necessary to take a few steps back since, although the current ruling has done nothing but fuel doubts and uncertainties, even Law 242 in the last 3 years has set some paradoxical assumptions, to say the least: even then, two different sections of the Supreme Court had ruled diametrically opposed, invoking the intervention of the united criminal sections in order to obviate the multiple internal contradictions.

Situation that as of today is once again extremely contradictory since the current ruling while establishing the legality of all those CBD-based products in fact “devoid of druggable efficacy” considers the sale of hemp products or any other “product derived from the cultivation of cannabis” a crime.

What was established by the 2016 law itself, in any case exhibits two critical issues that certainly cannot go unnoticed: the limit related to the concentration of THC, the active ingredient that confers the so-called narcotic effect and an integral part of legal cannabis, as well as related marketable derivatives had been set at 0.2 percent: this rule, however, provided for a tolerance up to 0.6 percent,below which it would not result in any criminal liability for the seller.

According to what the Supreme Court ruled on May 30, these quantitative parameters would apply only to crops, excluding derivative products, both assumptions that leave room for questions of no small importance: how to determine whether a retail product is legal or not?

Hopefully, according to Federcanapa, which mentions what are the parameters of forensic toxicology, the ideal solution would be to set the THC limit at 0.5 percent, a proposal to date unfortunately still intangible.

Little does it matter, then, whether this ruling is the result of political issues, at the expense of the hundreds of testimonies in favor of legal cbd consumption corroborated over the past 10 years by the scientific community. For the umpteenth time, Italy is the victim of a convoluted and deficient judicial system where the key to interpreting any rule, inevitably leaves room for the most varied and imaginative interpretations.

However, it is undeniable how May 30 has confronted the country with the most anti-scientific ruling that could have been made, both because of the futility of the ban itself, which takes on more the flavor of a revival of prohibitionism than a decision aimed at promoting public health, and obviously because of the lack of clarity related to the concept of a “drugging effect” that sounds more like an unnecessary paradox: it makes no sense to veto products such as oils, creams or foods that have low levels of THC and a minimal percentage of CBD, when in fact the consumption of tobacco and alcohol turns out to be perfectly legal and tolerated instead.

In fact, if we are talking about risks to individual health, safety behind the wheel, cancer prevention, just to mention a few examples, putting double standards does not hold up to comparison, especially in virtue of the fact that we are in any case discussing products intended for recreational use with percentages of active ingredients with psychotropic action that are decidedly marginal and underestimated.

One thing is certain, however: to crush the market related to legal CBD in Italy represents a not indifferent economic own goal as well as an abnormal judicial slip, first of all because in this way, any attempt to significantly reduce the intervention of mafias as well as illicit trafficking is nipped in the bud, no less important is the materialization of the risk of “sawing off the legs” of a growing sector for which many have decided to invest.

Government and judiciary take a great responsibility: that of changing regulations in the process on the back of operations that, once again, seek easy consensus and mimic a kind of permanent election campaign on the skin of hundreds of entrepreneurs and consumers.

Is CBD Legal in Italy?

The sale of cannabis oil or Legal CBD cannabis is regulated by Law 242 of 2016, which has been in force since January 14, 2017 and which provides for the possibility of marketing hemp products only if they have a reduced content of tetrahydrocannabinol or THC, the active ingredient responsible for the characteristic psychotropic effect typical of marijuana at 0.2 percent or in any case always lower than the imposed tolerance limit of 0.6 percent.

Although the sector dedicated to Legal cbd in Italy, recorded a turnover of more than 40 million euros in 2018 alone thanks to the presence of more than 778 grow shops as well as vending machines capable of making usable not only sachets of light marijuana, but also herbal teas, foods, cosmetics, clothing and energy drinks, technically the personal and recreational use of cannabis would still not be allowed, according to previous health laws: this is because the aforementioned norm would only encourage and promote the use and final consumption of semi-finished products derived from hemp, as well as the production of foods, cosmetics, biodegradable raw materials and innovative semi-finished products such as biomass, but not the use of cannabis in purity, vaporized or taken in the form of “joints.”

Different discourse, however, for cannabis for therapeutic use, legal in Italy now since 2006. Produced since 2016 by the Military Pharmaceutical Chemical Plant in Florence, in collaboration with the Ministry of Health and the Ministry of Defense, it sees distribution, intended only for pharmacies and dedicated to preparations that require the use of FM-2 cannabis, with THC concentration of about 5% to 8% and CBD at 7.5% to 12%, usable only by presentation of a non-repeatable medical prescription.

Cannabis for medical use in Italy is expected to be used in the treatment of chronic pain and associated with diseases such as multiple sclerosis, any injuries to the spinal cord, side effects caused by chemotherapy, radiotherapy, and HIV therapies, and also as an appetite stimulant in the treatment of eating disorders, hypotensive effects in glaucoma, and to facilitate the reduction of involuntary body movements typical of Tourette’s syndrome.

However, the law is also clear for growers, who are obliged to similarly keep below the permitted threshold of 0.2 percent, the total THC content of the entire cultivation with a maximum margin of tolerance of 0.6 percent. Should the THC concentration exceed 0.6 percent during inspections by law enforcement agencies, criminal prosecution is automatically provided along with the destruction of the entire cultivation.

How much THC and CBD must cannabis have in order to be considered a legal CBD product in Italy?

CBD in Italy is considered legal because the regulation imposed by the Law, essentially involves the concentration of THC, which in fact must be less than 0.2% with a maximum fluctuation up to 0.6%. All the genetic variants of sativa hemp from which light cannabis is obtained have been obtained through innovative agronomic methods that have thus resulted in varieties depotentiated from the psychotropic point of view so much so that they cannot be considered narcotics.

However, the presence of cannabidiol or CBD is irrelevant, since it is an active ingredient that has no psychoactive action per se and can be legally taken either through marijuana or through the use of any cannabis derivative.

How does legal CBD work?

Wide has become in recent years the consumption of legal CBD in Italy, this because this active ingredient offers the many medical benefits typical of cannabis, without however presenting the typical side effects given by the psychoactive action typical instead of THC. Useful in the treatment of painful and often disabling conditions, it in fact offers a relaxing and anti-anxiety action, limits stress and is also widely used in individuals with eating disorders to stimulate appetite, as well as an anti-inflammatory and antioxidant. In short, preparations such as CBD oil, for example, have undoubtedly helped improve the quality of life for many.

In this way, CBD has gradually become the protagonist of an infinite number of products, from soft drinks to beers, from chewing gum to herbal teas, all the way to foods as well as legal CBD, depotentiated of THC and therefore free for sale, at the expense of the now demonized tetrahydrocannabinol.

Thus, a further inconsistency arises regarding the Supreme Court ruling that makes no mention whatsoever of cannabis high in CBD, to date the most attractive pharmacological alternative and quietly usable even for recreational purposes precisely because it cannot be classified as a narcotic substance or even ruled out in terms of “drugging efficacy.”

Are CBD oil and other derivatives legal?

So which legal CBD derivatives are considered licit and therefore not subject to the effects of the May 30, 2019 ruling?

Undoubtedly, it is possible to market, purchase and consume all cannabis products with a high concentration of CBD, that is, that do not cause any psychoactive action, and that meet the tolerance threshold specified by law about the concentration of THC.

Legal CBD Cannabis and inflorescences that prefer CBD concentration as well as CBD oil, cannabis foods, and hemp sativa cosmetics are permitted. Otherwise, all products with non-compliant THC concentrations are still subject to the risk of suspension and seizure, depending on the now well-known as well as questionable doping efficacy. 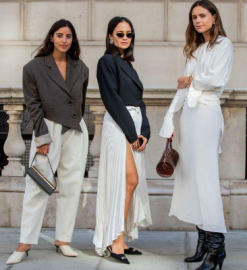 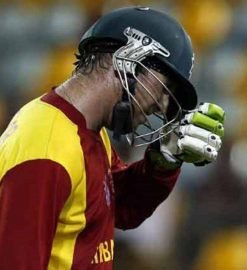 If playing is regulated won’t healthy fixers criminals and unscrupulous bookies just keep on the usage of the black market?